At one of the LFS events I went to whilst in London, I got to chatting with a woman who lectures in Documentary Film at a University in Wales. She was not familiar with any New Zealand documentaries or documentary filmmakers. So I wrote a list for her to look up:

*(yes, Docudramas, but I’m including them.)

and, for fun, Forgotten Silver, dir. Peter Jackson and Costa Botes; a film I would recommend it to any film buff for a good giggle.

There must have been more great documentaries that I missed. If you were asked to sum up New Zealand Documentary Filmmaking to someone unfamiliar with it, which films would you have listed? Which filmmakers?

I nearly shared my favourite documentary with her. However, knowing that the documentary was only available at the NZ Film Archive, and there was no way for her to see it, I didn’t list it. However, today, NZ On Screen announced that it is available in its entirety on their website. The film is Patu!, directed by Merata Mita. I am so excited that I can now watch the film again, and can share it with others. Please go to nzonscreen to watch it.

Speaking of documentaries, there are two at the Film Festival that I’m looking forward to seeing. 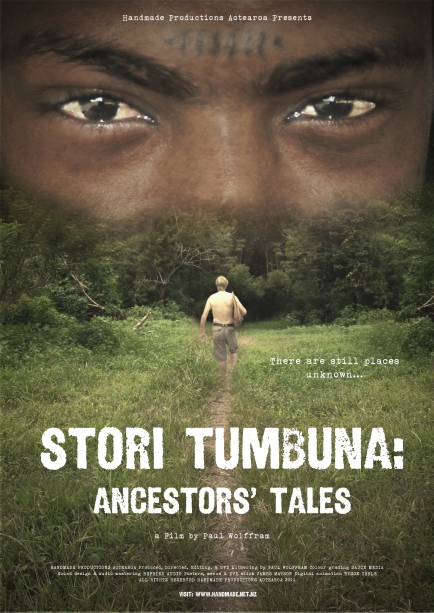 The first is Paul Wolffram’s ethnographic documentary on the Lak People of Papua New Guinea, Stori Tumbuna. Paul spent 2 years in Papua New Guinea for his PhD in Ethnomusicology. This film has been 10 years in the making. I’ve known Paul since he tutored a 300-level Ethnomusicology course that I did; he’s also the AV Tech at the Victoria University Film Department. I’m sure that lots of members of the local Victoria Film Community will be at the screening to support Paul and his film.

The second documentary I’m looking forward to is View From Olympus, which chronicles a year in the life of composer John Psathas.

John was one of my lecturers for my undergraduate Music degree. Whenever he talks about music, he talks about it with passion and joy. I’m looking forward for the rest of the world to see that passion in the doco. I’m sure that most of the Music Community will be at the NZFF screening in Wellington.

Are there any documentaries that you’re looking forward to at the Film Festival? Any I should keep an eye out for?